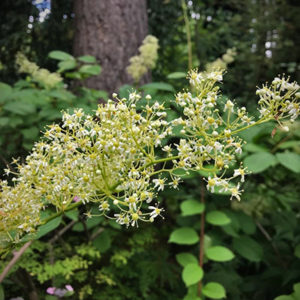 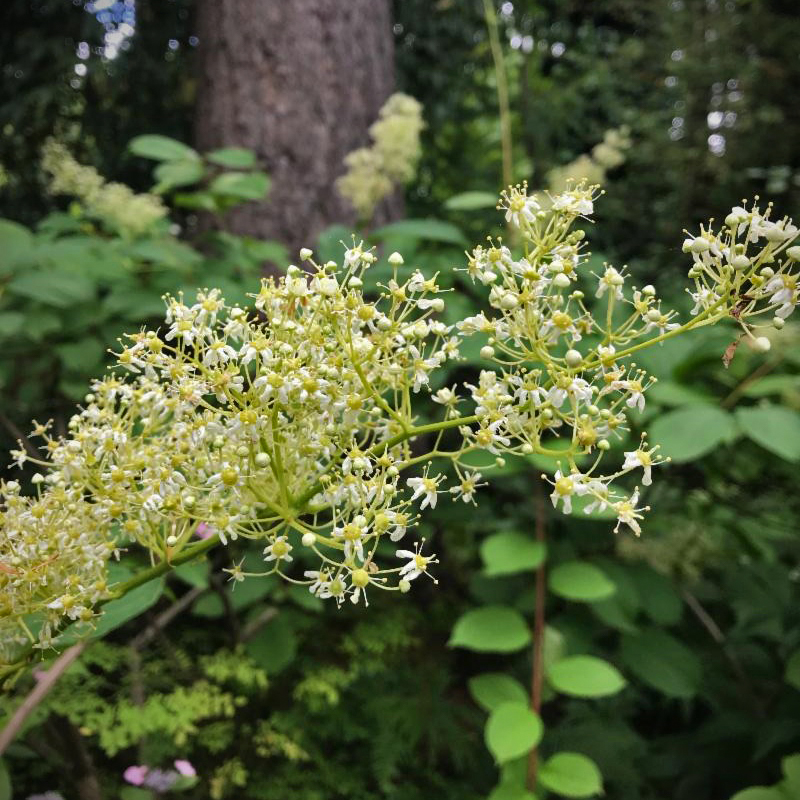 Tripterygium wilfordii blossoming in the woodland at Heronswood

If I had been more intelligent, I think I might have been convinced to become an organic chemist, making my living exploring the infinite ways in which the natural world has assembled Carbon into a mind-blowing inventory of compounds beings discovered—or created—on a near-daily basis. And though I once found nomenclature of organic molecules as entertaining as one might find Sudoku—I never surpassed those puzzles rated as Ridiculously Simple.

However my lack of mental acuity has not prevented me from being fascinated by the chemical inventories of the world of plants and how humans have, first through trial and error and later through complex investigations, discovered how we might utilize them; murder, mayhem, recreational travel and cures for cancer to name but a few

Though there are plenty of exceptions to the rule, it is generally thought that the smaller the taxa, plant families with just a few genera or a genus with a paucity of species, generally reveals a more unique molecular content. For example, a breakthrough drug for the treatment of breast cancer called Taxol was discovered by zeroing in on the yews, genus Taxus, which holds only 27 species.

So of course, having a monotypic genus, meaning one possessing a sole member, generally makes it a seductive subject for biochemists considering a high dive deep into its tissues to see precisely what might be coursing through it veins. This was the case with Tripterygium willfordii, a deciduous member of the Staff Vine Family, the Celastraceae. More recognizable members of the family are Bittersweet (genus Celastrus) and the Spindle Trees (genus Euonymus).

Our specimen is from my seed collection in S. Korea in 1993 where it grows as a rather rampant vine on woodland edges, climbing and scrambling high into the trees. Even during that time, the World Health Organization was studying the chemistries of its leaves and stems which contain Celastrol; as most of us remember from high school organic chemistry, this is a pentacyclic triterpenoid. The interest in this plant arose from the fact that the compound decreased human sperm count which might have lead to an effective male contraceptive. The research stopped when it was realized that men could never be relied on to remember to take a pill every day.

Yet wait, there’s more. Celastrol and its derivatives have shown, upon extremely careful extraction (i.e. do NOT do this at home ) to be effective in the treatment of rheumatoid arthritis and is also being touted as a new miracle weight-loss drug. These compounds can have serious side effects and I am not advocating their use; this does not make me wonder aloud how clever those cells are in producing something so unusual in their tiny cellular laboratories.

Ornamentally it is rather pretty, in that quiet, sperm-count reducing sort of way. The terminal racemes of white flowers in late June and July result in papery cream-colored seeds that develop tones of pink upon ripening. If you squint just right, you can easily believe you are looking at the heads of an aging PeeGee Hydrangea, H. paniculata.

Though collectively we think all of the plants at Heronswood make a beautiful concoction, some hold more individual outward beauty than others. And some hold enough inner mystery and magic that we like to keep them around, simply to remind us how much there is still to learn from the plants that we share this planet with.