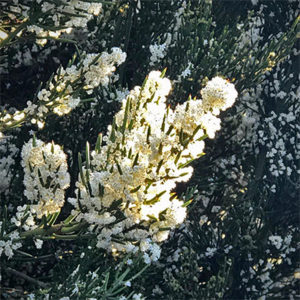 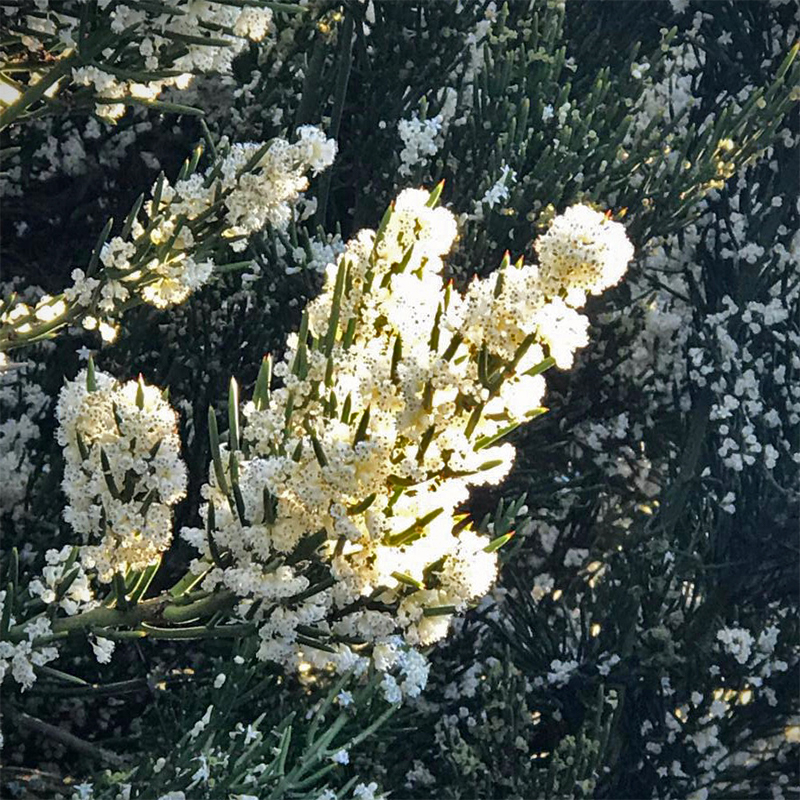 Colletia spinosissima, collected in S. Chile in 1998, blossoming at Heronswood

Life can be prickly. Bloom anyway.

The genus Colletia can really get under your skin. Literally. A small genus of small trees or large shrubs hailing from the southern Andes, the 16 or so species are not known to possess an outgoing and friendly disposition. Mostly leafless, the very pointed framework of sharply tipped stems do all the work necessary in photosynthesis. This fact you may find fascinating until you accidentally back into one while weeding.

Yet for many reasons, I would still not be without Colletia spinosissima in our garden. Let me attempt to justify any pain you might suffer by including it in yours.

Firstly, it is in the Rhamnaceae. And, yes, I realize how important this factoid is to many of you. “Oh thank god,” you say, “I can finally have a member of the Rhamnaceae in my garden.” In truth, I am always intrigued by odd bedfellows, and Colletia- a close relative of our native Cascara (Rhamnus purshiana) and equally native species of Ceanothus- is no exception. The far southern accent of this genus is barely recognizable as the same language spoken by its northern counterparts.

And then there is that color projected from its branch work. Deep and luscious throughout the year, especially welcomed during the dull days of winter, the slightly acid overtones of its highly barbed verdancy is not only merely green but most sincerely green. It would not need to do much more than this alone to make it worthy of inclusion. Unless you back into it. Then you might suggest to yourself that indeed it must do a bit more than just be green.

And so, it does just that. It does more and it does it twice a year. In early spring and again in mid-autumn, its entire 15′ column becomes entirely cloaked in white. And taking this effect further, it emits an overwhelming redolence of honey. So not surprisingly each specimen becomes a biomass of flickering, flitting and flying pollinators during both of its yearly dual floral performances.

But wait, there’s more. I collected the seed of this species in south-central Chile in 1998 along the Bio Bio River. And as most of you know during your time along the Bio Bio, it is not a lusciously rain-soaked region that we might associate with the southern reaches of this country, but courses through a serious rain shadow, if rain shadows can be considered serious. Colletia is found growing amidst cactus and other minions of a desert-like landscape that have learned to be merciless to anything considering a taste of their very being. A finer and fully drought-tolerant shrub would be hard to find. Well, at least one that is very green and smells like honey twice a year….

Come and smell for yourself this weekend. (Our specimen is at a safe distance from your nose.) The garden is coming to a close and our gates will soon enough be shuttered for the winter. But many of the plants in our collection do not concern themselves with these contrivances. Heronswood will continue to greet you with the magic of Earth’s floral kingdom.