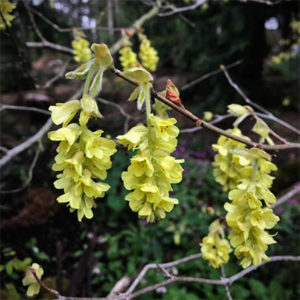 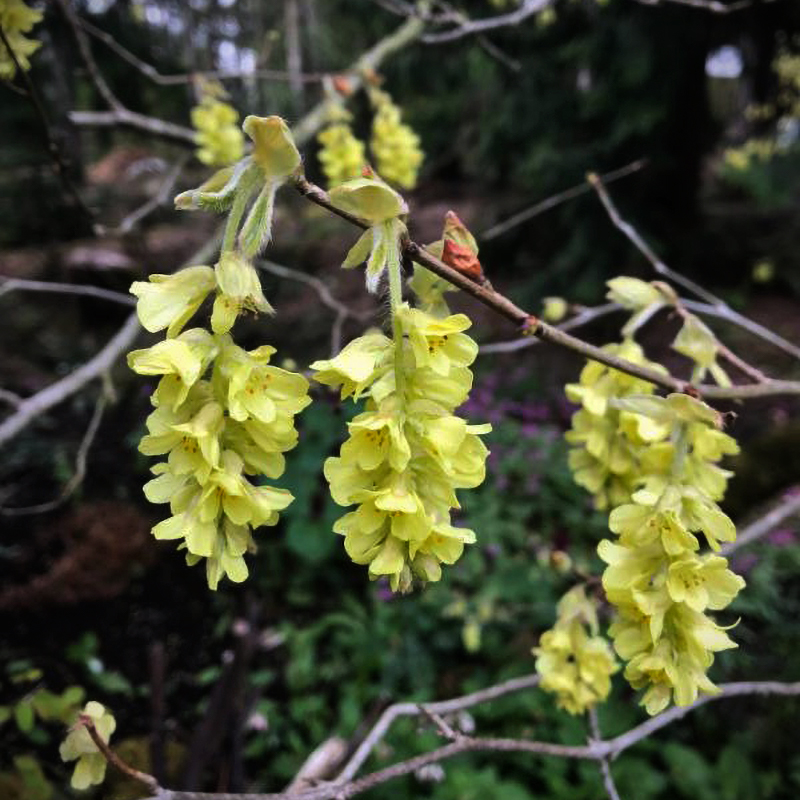 If we assigned a persona to every genus of plants, that of Corylopsis would be owned, I think, by Audrey Hepburn. Elegant and fair. Strong-willed. Independent. No rough edges.

It is a fully Asian genus of deciduous shrubs or small trees that naturally occur in Korea, Japan, the Himalayas and China, with 19 of the approximately 30 known species found only within the borders of the latter.

There is nothing in your face about these aristocratic shrubs as they begin to blossom in late March through April. Unlike the glare of Forsythia, which flattens you with its scream of bright orange/yellow, the color of all garden-worthy Corylopsis possess the chroma of mellow primrose, always seemingly in perfect concert with the spring ephemerals. Especially tasteful at their base while in flower are Pulmonarias, Omphalodes, Trilliums and Erythroniums.

The Winter Hazels are in the Witch-Hazel Family or Hamamelidaceae, which includes, amongst others, the- of course- Witch-Hazels (Hamamelis), Fothergilla, Parrotia and Parrotiopsis– all represented in our collection at Heronswood. A trait shared by all are the two-loculed capsules produced after flowering, each holding a single seed. These are expelled ballistically when fully ripened and with enough force to propel the seeds dozens of feet from the parent plant. (I recall collecting the capsules of Corylopsis in Yunnan Province in 1998, and returning to my room that evening after dinner to find the seed scattered to all four corners.)

The woodland garden at Heronwood is nearly peaking in early spring blossom, only accentuated further by the numerous specimens of Corylopsis throughout. We do hope you will visit us this Friday through Sunday for our multi-colored show; you will not be disappointed!

Remember, too, that our Spring Plant Sale is May 11th and 12th. Mothers get in free on Mother’s Day!