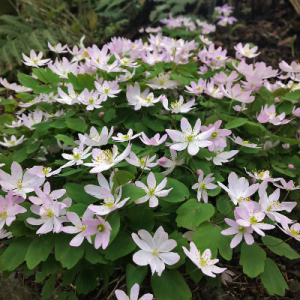 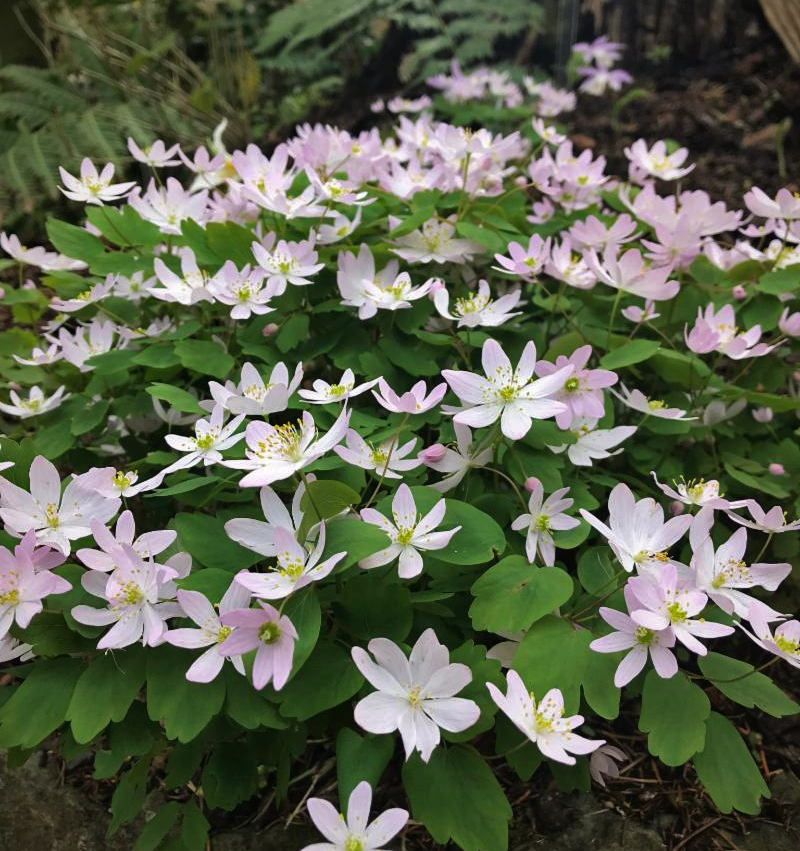 The Rue Anemone; Anemonella thalictroides, or Whatever

First, always first, lets start with the name, shall we? A charming woodlander from much of eastern North America, its true place in the botanical kingdom continues to be in flux. First described by Linnaeus in 1753 as Anemone thalictroides, the specific epithet referred to the similarity of its foliage to that of another member of the Ranunculus Family, the genus Thalictrum (oides always refers to resembling). Well, that seems easy enough.

But OOOOH NOOOO, he says with a Steve Martinesque exaggeration. It seems as Edouard Spach, in 1839, cogitated that there were enough significant differences between this plant and true Anemones to be given its very own genus, Anemonella, referencing its diminutive and delicate constitution.

Bernard Boivin, took taxonomic shots at both Linnaeus and Spach, both of whom were presumably dead by then and had absolutely no way to defend themselves, and transferred our subject of the day to the genus Thalictru. He did this, of course, while retaining thalictroides as its specific epithet, making it, reassuring enough, a Thalictrum that very much resembled a Thalictrum. This change has not yet been widely accepted, though presumably Boivin is now dead too and probably doesn’t care. My apologies to Mr. Boivin if he is still alive and just nearly dead.

By any name, our plant of the day exudes pure charm. Generally in shades of pink or white, it erupts into flower and foliage in the early spring and has fully retreated by mid-June. Generally more available in nurseries of Europe or Japan are selections of this species with fully double flowers of pink, rose and green. (These, incidentally, will be found on our specialty vendor tables during the Heronswood Spring Garden Open on May 12th and 13th!)

Anemonella is extremely easy to cultivate in any draining, duffy soils in shade or part shade. The only caveat is to remember it is still there after it slips into dormancy in early summer; we all know how easily we forget these things when we arrive home with another plant needing a home!