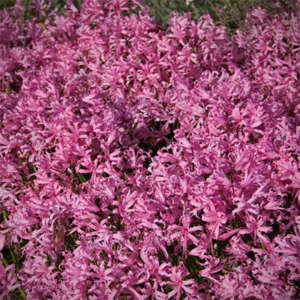 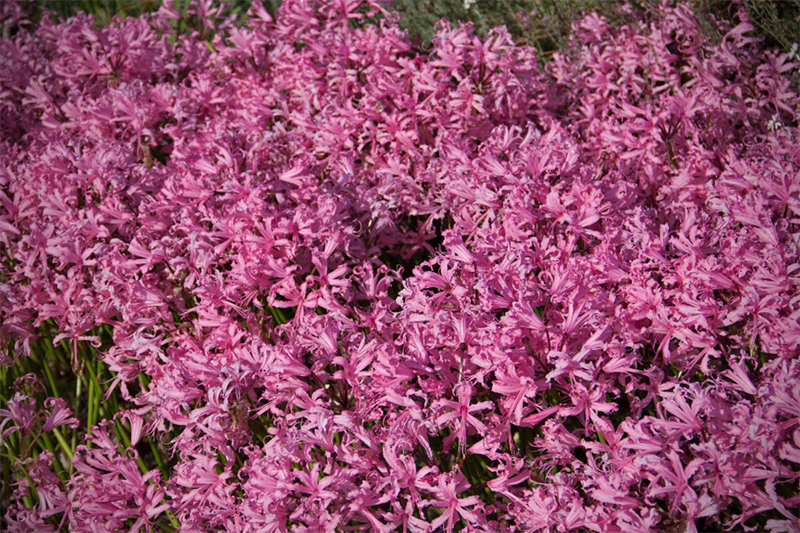 We tend to think of spring as a time for flowering bulbs. Perhaps that’s because sunny yellow daffodils bring to mind the warm weather ahead of us? From a bulb’s perspective, spring is a good time to bloom as it’s generally wet and the trees above are bare-branched, ensuring the maximum amount of sunlight reaches their leaves. Bulbs use this water and sunshine to produce food and to form next year’s flowers, then go dormant, enduring the hot, dry days of summer. But not all bulbs bloom in spring.

Guernsey lilies, also known as Cornish lilies, are members of the genus Nerine. They’re in the same plant family as spring stalwarts such as Narcissus, but the hardy Nerine bowdenii flowers in fall. The leaves are unimpressive – perhaps I should say tidy – but the vivid pink blooms are breathtaking. They develop atop a tall straight stem, perfect for a vase, forming a delicate pink parasol. Hailing from South Africa, they prefer a free-draining soil; we grow ours in our Back Yard gravel border and they look stunning right now.

For those of you with an interest in geography, you might be wondering why a South African bulb should be named after Guernsey (an island in the English Channel) or Cornwall (the county at the southwestern tip of England, whose people are Cornish). Supposedly, a crate of Nerine sarniensis bulbs washed ashore in Guernsey after its ship was wrecked on route to the Netherlands. The Cornish connection is less clear. Nerine bowdenii was named after Athelstan Cornish-Bowden (1871–1942), a British official in colonial Cape Town. Like Guernsey, Cornwall enjoys some of the mildest temperatures of any part of the British Isles, so tender Nerine sarniensis would also thrive there? You don’t need to visit South Africa, Guernsey or Cornwall to enjoy these fabulous fall flowers though – head over to Heronswood this weekend (open Friday, Saturday & Sunday).