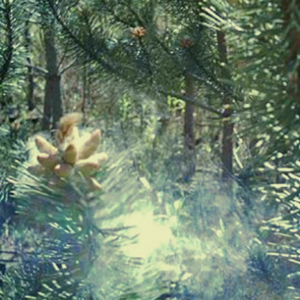 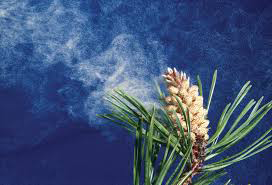 Houston, we have liftoff. A trillion pollen grains of Pinus mugo are on their way. All systems nominal.

The Mystery, Miracle and Misery of Palynologenics

Above all else, know thine enemy. As you sneeze and hack through a cloying cloud of gilded vexation, take a moment to marvel in the science of palynology. The study of pollen has solved murder cases, precisely dated archeologic sites (fully intact packages of Claritin have been found in sealed Egyptian tombs) and is forefront in modeling climate change. But what is it? This just might be the right season for a brief review of high school biology. A little hint before we get started; this time, pay attention to your teacher.

Had your science teacher truly realized the migration patterns of your developing brains, he would have brought you back to the moment by clarifying that the dust bowl sufferings of early spring are nothing but squalls of sex. (Parents, please note, that was squalls he said, not squeals.). Then, sensing your interest, he might have attempted to share with you a bit of zoologic humor. “Why does it take 100 million sperm to fertilize a single egg? Because none of them will stop and ask for directions.” (Just for the record, I am certain all of you would have rolled your eyes and thought he was very creepy.)

So, here is a pollen primer. Let’s go Seahawks here to make it more palatable. The male floral structure of each inflorescence (flower or cone) produces pollen. Think of each pollen grain as an individual Skittle. Protected inside the coat of each piece of candy are two male gametes looking for true love. To find satisfaction, the Skittle has to land on just the right tongue(the stigma, or female part of each inflorescence). In the stadium of life, there are a lot of tongues waiting for just the right color and flavor of Skittles to land upon their surfaces to result in a mutually satisfying relationship.

So, the misfortune of our autoimmune response each spring comes down to mathematics. Let’s say Marshawn Lynch is on the field during a sold out game at the Link. To win the game (just for fun, let’s say to destroy San Francisco), he has to land one green Skittle directly on the tongue of at least one of the 77,000 people watching the game whose first name is Russell. How many Skittles does he have to throw? Obviously, it becomes a numbers game.

Our enemies in April become the anemophilous (literally, wind loving) plants, those which conquer by sheer size of their armies aimed haphazardly at their target landings. Anemophilous trees and shrubs have pollen designed for flotation, possessing inflated balloon-like structures on their coverings. Beneath each balloon is a small basket holding Dorothy and Toto. Dorothy is carrying an M-47 in the event things go poorly and they end up in your nasal cavities rather than on the plains of Kansas.

Those plants that use bees, butterflies and birds to FedEx their pollen to a specific address are not the culprits. Sorry Scotch Broom and Goldenrod haters; you’re casting blame on the innocent. It’s Dorothy doing the dirty work. It’s always been Dorothy.

This is per meter of crown diameter on a relatively small specimen of Doug Fir.

Most of these fall to fallow ground, on our windshields, table tops and leaf surfaces. Many indeed find their way to a female portion of a flower but were given a bogus address (yes, inspect closely enough any apple flower and you will find LOTS of Douglas Fir pollen adhered to the stigma). A tiny fraction make their way home to the love of their lives. And a more than a few are inhaled through mammals dual-intake valves. I know you nose what that means.

So as you scratch your eyes and blow your nose and attempt to sneeze discreetly in the times of Covid, as you pop antihistamines like they were Skittles, as you curse the appearance of the automobile you washed yesterday, take a moment to marvel in the magic of it all. It makes the suffering just a tad bit less.