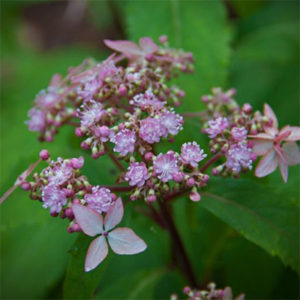 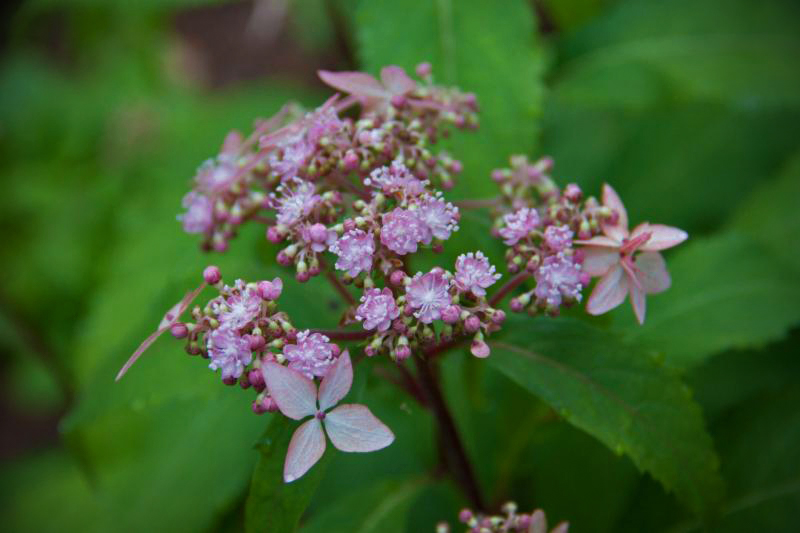 Heart of the Matter

At Heronswood, we love hydrangeas! From super-rare, wild-collected Hydrangea sikokiana, to common garden mop-heads, we have a fine collection and they’re blooming now. And it’s not just hydrangeas – we grow many other members of the family Hydrangeaceae. At first sight, Cardiandra alternifolia looks just like a hydrangea, but in its name is a clue to how it differs. Hydrangeas have leaves in pairs along the stem, but Cardiandra leaves are solitary and alternate along the stem, thus alternifolia. Another difference is that Cardiandra are rhizomatous and die back to ground level each winter, just like herbaceous perennials, though in mild areas they can retain their short stems.

In common with hydrangeas, Cardiandra produce clusters of flowers that contain a mix of large, showy but sterile blooms, and smaller fertile flowers. This likely represents a saving of resources for the plant, as a few large, expensive flowers can attract pollinators towards the many cheaper fertile blooms. If you examine the fertile flowers closely, you’ll see that the pollen-bearing stamens have heart-shaped anthers, which is how the name Cardiandra is derived (kardia = heart, andros = male). Ideal for the smaller garden, Cardiandra will not outgrow its welcome and has a daintiness you won’t find in the much larger hydrangeas.

Two other close kin that abound at Heronswood are Schizophragma and Dichroa. The former is a vine producing large clusters of small flowers surrounded by enlarged white or pink sepals. You’ll find them hugging trees along the driveway and throughout the Woodland Garden. Shrubby Dichroa flowers are not as impressive, but their metallic blue fruits more than make up for this – come back in fall to see them on display. Recent taxonomic studies suggest that both these genera, plus Cardiandra, should be merged into Hydrangea. As the guy who would have to relabel all our plants, it’s not a popular decision with me. I suspect many gardeners will feel the same – we taxonomists have a lot to answer for!