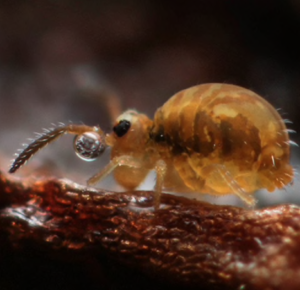 BUGS THAT PUT A SPRING IN OUR STEPS

A spongy forest trail is a fun aspect to feel underfoot while hiking through natural areas of the Pacific Northwest. Sponginess is often a sign that high levels of organic matter are present in the surface layer of soil. Abundant moisture is one large contributor, in turn encouraging the organisms specialized in breaking down organic matter covering the forest floor to thrive. When picturing an image of this group, mushrooms are often the first organisms that come to mind. This association is partially accurate; mushrooms are invaluable as the sole kingdom from which a select few members are capable of breaking down lignin, a major compound of wood, especially in large quantities. However, mushrooms act on a more molecular level, using enzymes to access the nutrients they need. Yet before those non-lignin decomposers can get to material that is manageable on their scale of existence, another organism must first make this dead or dying layer (detritus) into smaller fragments. Collectively those organisms on the macro scale that break down detritus are known as detritivores. Slugs and snails are from this group covered in a previous article, so I’d like to peek between the leaf layers and discover what else is at work in the forest.

With myriad leg pairs and a sinuous yet slow body of motion, the yellow-spotted millipede (Harpaphe haydeniana) is an uncommon find at Heronswood. The times that I have encountered this arthropod are so few, and usually it is by association with moving around some settled garden debris from copious digging. Adults are approximately 1-2 inches in length and glossy black in color with body segments tipped in yellow on both sides of their bodies. These yellow markings serve as a warning to potential predators of their foul taste and skin irritation caused by their ability to secrete hydrogen cyanide. This does not make them dangerous to handle by humans, rather just another reason for proper hand washing before touching your face or eating food.

If a millipede could be likened to a Winnie the Pooh character of Eeyore among detritivores, then a springtail (Subclass Collembola) is the closest thing to Tigger in this analogy, minus all of his cuddliness. Occasionally they may be incorrectly referred to as fleas, but they are neither blood feeding nor do they have the ability to jump by their legs. These tiny, not-quite-insect arthropods are curious in a few not so obvious ways. Despite the name, springtails lack an actual spring; rather they are equipped with a specialized appendage called a furcula that is folded under the body with tension, and then able to be rapidly released to enable the creature to escape quickly and far from harm. Mouthparts of these organisms are internal and not external, like true insects, and although they are feeding on an abundance of available detritus, their body undergoes little or no metamorphosis as they reach maturity. Due to their close relationship with decaying material and fungi, springtails are able to indirectly distribute fungal spores on their body to new locations, which can be a positive influence on mycorrhizal symbiosis in forests.

Filling out our triad of refuse recyclers is a group kids everywhere know and poke at – pill bugs and sow bugs (Suborder Oniscidea)! Not bugs at all, but a collection of mostly terrestrial crustaceans that are found commonly congregating in large groups in dark, moist places or under rocks. Of similar importance as earthworms, Oniscidea are invaluable at breaking down detritus and turning over the material on the soil surface and succeed at this with a high number of individuals in any given area. Although there are many colloquial names for these in English, the distinction between the two remains the same: sow bugs are usually flatter, have tail-like appendages, and lack the ability to fully curl into a ball; whereas pill bugs very much resemble a small medicinal pill, lack the tail appendages, and can almost fully form a ball when disturbed.

It’s easy to lose sight of the benefits these creatures provide to our local ecosystem since they go unseen to us most of their life and usually work the night shift. By chance if you happen to be out hiking on a shaded section of trail and take a break on a nearby log, give them a nod and a wave and they march on and keep those trails in full, spongy form. 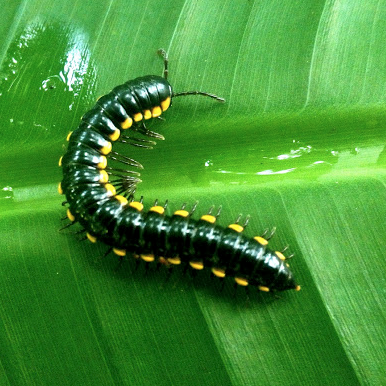 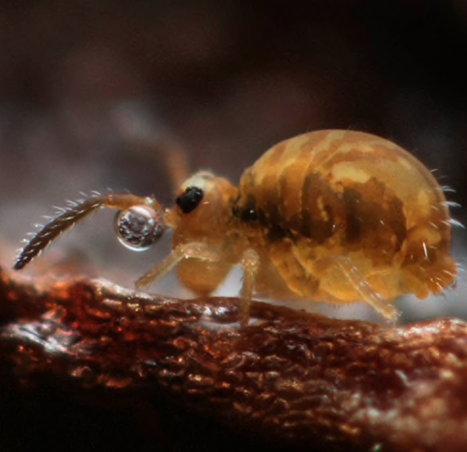 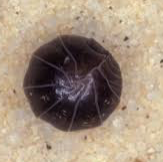 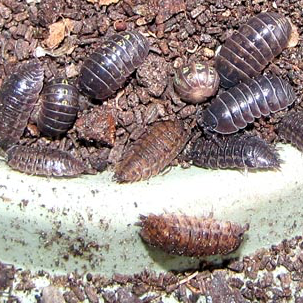