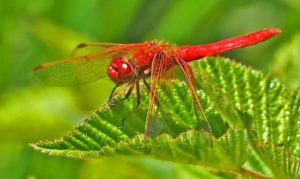 Y’know, I’d like a sidekick. Now, I’m not actually thinking of a person who’d just tag along and act as my own shadow, but an entirely different organism. Gardening is often a sweaty task, especially heading into summer, and there’s no end to the amount of perspiration and carbon dioxide I’m exerting that is just the homing beacon flying pests need to constantly buzz around my head. If not a person, then certainly not a dog, since what could I expect, that Fido could bark them away? Ha! I must think smaller. A bird perhaps? No, that constant singing in my ears might drive me insane. Smaller, smaller – how about a spider? Well, most of them are just passive with that web nonsense, so they’re out, too. The sidekick still needs to benefit from flight, yet have amazing agility…I’ve got it! A well-trained damsel- or dragonfly!

From the animal Order Odonata, damselflies (Zygoptera) and dragonflies (Anisoptera) are esteemed hunters of fellow insects in both their larval (naiad) and adult stages. Creatures of fresh water from their beginnings as an egg, they grow by feeding on small aquatic organisms until they’ve developed some truly amazing mouthparts. With speed and precision, a hinged clamp (labium) bolts forward from below the head and grasps swimming prey before it can react. Though both Odonoata share the clamp, there are differences between damselfly and dragonfly naiads that carry over to their adult forms. Damselflies are long and narrow-bodied, whereas dragonflies are shorter and stouter-bodied. Damselfly naiads also have a distinctive cluster of three gills at the end of their abdomen. The stouter body of dragonfly naiads allows them to have internal gills positioned at the end of the abdomen, and they have the ability to quickly contract muscles surrounding them to expel water in a form of “jet propulsion” to aid in escaping danger. The majority of their life takes place underwater where they undergo several molting stages before a final molt forces them out of water and clinging onto a plant above the surface. Once free of the last molting stage, each must let the outer skeleton dry and harden before taking that first flight.

The wing arrangement between a damselfly and dragonfly is distinctive in that damselflies have equally sized wing pairs and hold them folded at an angle above their abdomen at rest. Dragonflies have unequally sized wing pairs, and while resting hold their wings perpendicular to their body. This distinction also makes for vastly difference flight patterns. Damselflies tend to flit along at a slow pace compared to dragonflies and their mastery of speed. To be able to see the prey that gives them sustenance requires precise and wide eyes; facing a dragonfly up close, you can certainly see how true it is based on the surface area those eyes cover on their head. Often it is dragonflies who have the more massive eyes, as most species have little to no space separating them. Damselflies on the other hand are spaced further apart and considerably smaller in size.

Among the gardens at Heronswood we tend to see a number of regular sidekicks taking advantage of the various wooded openings and open areas to really stretch out and chase down mosquitoes, midges, and gnats. The most common dragonfly has been the cardinal meadowhawk (Sympetrum illotum), the hotrod bomber of the bunch, colored in bright red-orange almost everywhere: eyes, body, and even a hint in the wings. Near some of fountains and calmer shorelines of ponds you can see resting on sunny leaves the diminutive boreale bluet (Enallagma boreale) and Pacific forktail (Ischnura cervula), both bright blue damselflies. I often stir these up from an unseen rest walking through the potager and backyard of the garden house. Our largest residents, the darners (Aeshna sp., Rhionaeshna sp., and Anax junius), prefer the wide open field and parking lot, flashing shimmering greens and blues as they dart overhead. These are the most frequently rescued individuals trapped in our greenhouse, so I happily guide them to the appropriate exits when possible.

Well, that’s settled. For as much as I enjoy shower accolades upon these insects, I must get started in commissioning an artist to illustrate a fitting comic: Garden Man and his pal Dart. 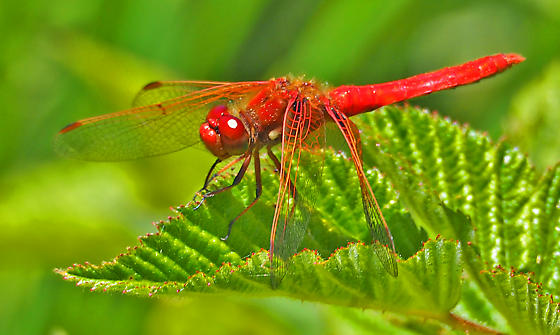 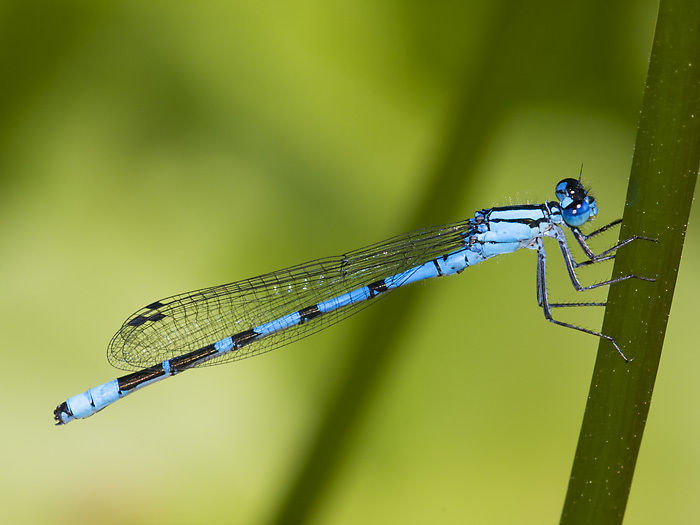 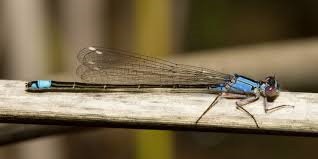