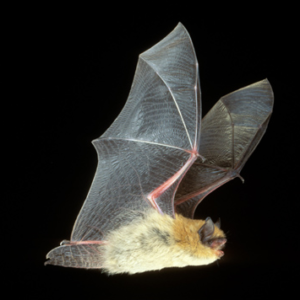 OF BUGS AND BATS

Days are becoming longer as the solstice approaches, and with additional light, plants are able to grow to their chloroplasts’ content. Long days also bring greater warmth, yet night does eventually come to blanket the sky. Darkness is still a state in which humans are not adept and even fear. Light is tied to vision and with it the mode by which we explore and understand the world. A foreshadowed warning issued by a character from the television show Game of Thrones, “The night is dark and full of terrors” speaks to the ways our minds try to answer the questions of what our eyes cannot see in darkness.

Conversely, animals who are active at night cannot function by sight alone, so have found alternatives. Large pupils or eyes, enhanced olfactory glands, and even enlarged ears are among the traits by which crepuscular and nocturnal animals succeed whilst active in darkness. Unfortunately, when we see these creatures, they are often mislabeled as disfigured or even repulsive. Confronting fear of what is not known or understood through an objective lens of observation and science would do much to remove these stigmas on these downright remarkable creatures. Let us take a look at an animal whose numerous adaptations benefit humanity yet receives so little praise: the bat.

The bats of the Puget Sound region are all insectivorous and from the family Vespertilionidae, for which the root word, vesper, in Latin means ‘evening’. Most people know bats as adept hunters able to pluck prey from the sky, but they have also been documented hovering above or landing on surfaces or the ground to retrieve prey. Any of our local bat species could be classified as generalists and opportunists, focusing on the prey that is most abundant and easily caught in their local habitat. Bats rely on high frequency sound waves to target winged prey, like moths and mosquitoes, though a few species occasionally exhibit a preference for other delicacies.

The long-eared myotis (Myotis evotis) and big brown bat (Eptesicus fuscus) are generalists, but the molars and jaw of the former are especially effective at crushing the hard wing cases of beetles; big brown bats are often encouraged to roost near agricultural fields in the Midwest, as they consume a number of crop pests and over 50% of their colonies’ diet can comprise beetles. Silver-haired bats (Lasionycteris noctivagans) and California myotis (Myotis californicus) fly slower than other species, but this enables them to be more maneuverable as they hunt low to the ground and over still or slow-moving water. Guano analysis of silver-haired bats has shown they prey upon spiders and termites. Townsend’s big-eared bat (Corynorhinus townsendii) is the lone outlier of the group whose specialized ears allow it to hunt for moths, which make up roughly 80% of its diet. In areas infested with gypsy moth this bat can make a significant difference in controlling the pest.

Scientists studying the relationship of bats’ echolocation to moths find marvelous adaptations from both predator and prey. Different moth species have adapted a number of methods to evade bats: emitting confusing ‘click’ sounds, specialized ears on various body parts, or even wing scales designed to cancel out bat sonar. Not to be outdone, the moths’ strategies are matched by bats’ prowess in echolocation. They use not only one frequency to target moths, but a varying number and an ability to alter the wavelength they use to target prey.

Our final and smallest resident is the little brown bat (Myotis lucifugus) and it’s probably the most commonly found bat roosting in buildings. Though small in size, this species is an efficient predator, preferring small, soft-bodied insects like mosquitoes. However, this species has been hit hard by a fungal pathogen called white-nose syndrome, wiping out large populations; it has been designated an endangered species in several eastern states.

Knowing now that these small mammalian wonders are in the sky, providing gardens and night-time human gatherings with such diligent protection should certainly deem bats worthy of a welcome place to roost in anyone’s garden. 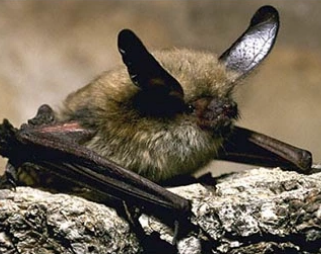 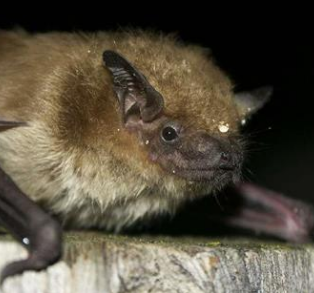 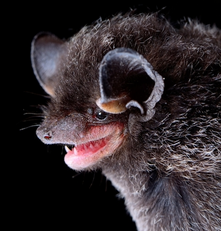 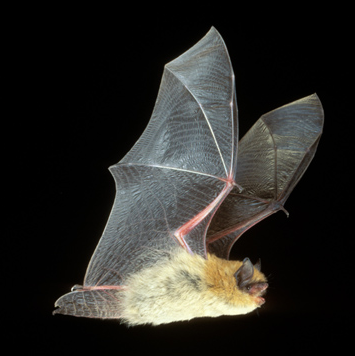 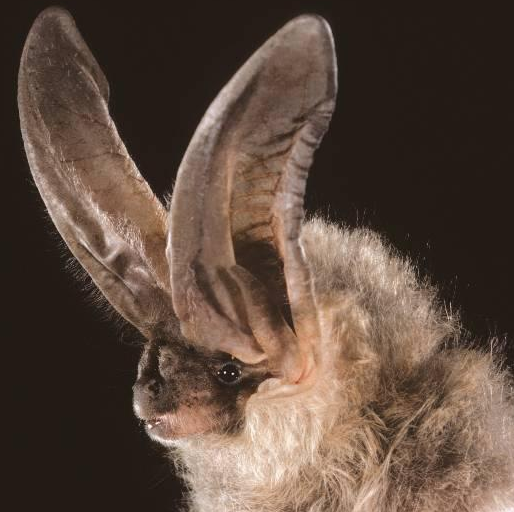 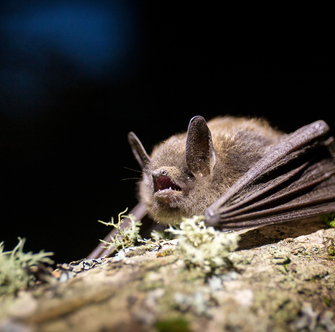