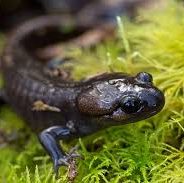 When I reminisce of moments from my childhood, I often return to time spent in the backyard woods of the Midwest, poking around under decomposing logs or flat rocks in a shallow stream bed. Discovering what was just below the surface in this environment had results of predictable regularity. Either I’d find small arthropods scurrying away from the light and signs of some larger creature’s tunnel, or sometimes nothing at all. The real ‘scores’ of discovery were those that still bring me joy to this day – salamanders!

For all their existence as animals of moist environments, mythology and history surrounding salamanders is rather scathing. Aristotle and Pliny the Elder are the earliest authors labeling them, in a strange twist, as creatures of fire. Although advances in science through the ages had aided humans’ understanding of the world, belief and mysticism still promoted salamanders’ association with fire. Leonardo da Vinci even commented on salamanders having no capacity to eat, yet their skin was renewed by fire. Travelers to China during the Renaissance were shown fantastic garments and told by merchants they were sewn from salamander hair able to temper the effects of fire for anyone wearing them. Additionally, salamanders gained new powers for spreading maladies, like passing toxins to fruit merely by climbing fruit trees, or when tossed to the bottom of a well they would poison the water. While these tales have been proven wholly untrue today, they are based in some basic observations.

For the many ancient people of history to maintain warmth during cold periods, burning wood of all sorts was the most efficient and sometimes only way to produce heat. Rotten logs were even used, and when placed in fire, salamanders would drop out of the flames to escape their former homes. As for tales of poisoning, it still holds some truth. Several salamander species are known to excrete foul-tasting or even deadly toxins when faced with danger. Northwestern salamanders (Ambystoma gracile) are seen commonly at Heronswood when our staff digs near old stumps, and we have witnessed white mucus oozing from various parts on their bodies when the animal is handled. The neurotoxin tetrodotoxin, produced with symbiotic bacteria from glands on our resident rough-skinned newt (Taricha granulosa), is also common in other potent organisms such as pufferfish, cuttlefish, and octopuses. Risk of poisoning from handling a newt is low, but ingesting trace amounts of skin tissue can lead to very bad things – so for newts’ sake, keep washing those hands!

The mucous membrane on amphibians’ bodies is both a way to stave off fungal infection and aid in respiration; human handling in general can cause irritation to the animal as oils, salts, lotions, and even heat disrupt the sensitive tissues. Our local western red-backed salamander (Plethodon vehiculum) and ensatina (Ensatina eschscholtzii oregonensis), are members of the lungless salamander family, being able only to breathe via skin and mouth tissues since they lack lungs; handling them would certainly cause distress. The long-toed salamander (Ambystoma macrodactylum) and northwestern salamanders are members of the mole salamander family and are rarely seen, and like moles, they enjoy feeding on edible-sized invertebrates in dark crevasses or rodent tunnels. The namesake for the long-toed is from the much longer fourth digit on each hind leg especially in comparison to its northwestern mole cousin.

Although I’ve written of appreciating their presence from afar and dispelled unjust scorn, there still remains one glorious reason for gardeners of the northwest to celebrate salamanders: they have an appetite for those ravenous snails and slugs. 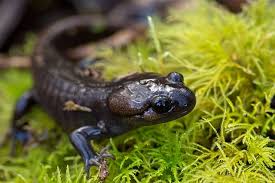 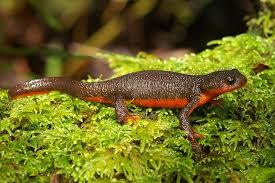 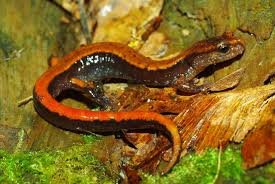 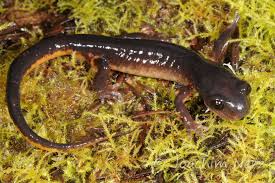 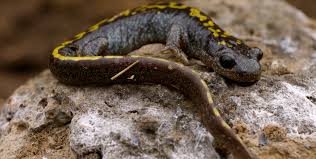