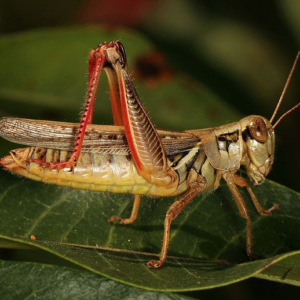 During quiet moments of Heronswood’s open days in summer and those leading into fall, there’s often a sound that can be heard carrying over the distance of the parking lot that lasts mere seconds before going silent. The sound is akin to what you might hear from rapidly thumbing through a flipbook, shuffling a deck of thick cards, or even a baby shaking a rattle. Now, I’ve covered a number of organisms that are prone to making sounds as part of their mating rituals and marking territory, or just as a consequence of their movement. In this case the resulting sound is in the latter category, and the sound, produced by crepitation, is from the resident population of red-legged grasshoppers (Melanoplus femurrubrum).

Grasshoppers are from the insect order Orthoptera and are allied with the crickets and katydids that can also be found in this part of Washington. These insects undergo incomplete metamorphosis, starting with eggs laid in the top few inches of soil in fall. As an egg they begin maturing roughly halfway to hatching before entering a stage of development called diapause. Diapause is somewhat similar to hibernation in vertebrates, though typically the latter is reactionary to cold temperatures that have settled in for winter. For insects, diapause is a preparatory stage still caused by, though not limited to temperature, adverse environmental conditions and additionally, this preparation can occur at immature stages of development such as egg, larva, or pupa. Once hatched, the red-legged grasshoppers emerge as tiny versions of their adult form, a nymph, which lacks both wings and fully developed sex organs. Often these little ones, sized perfectly for resting upon a pencil eraser, can be found hopping away when walking through the garden’s sunny, exposed areas.

Several stages of molting will occur before the grasshoppers reach maturity, at which point they’ll be fully equipped to make the chirps for which they’re known. Much like the wing noises made in flight, grasshoppers use physical vibration rather than air movement to create sound. Rigid surfaces on the inner hindleg and on the outer edge of their forewings combine when rubbed against one another to create the sound representative of each species. For red-legged grasshoppers, I would describe their call as two pieces of corrugated cardboard run against each other.

While we may not see an abundance of these grasshoppers most years, there are instances of a population explosion due to warm temperatures, plentiful food, and lower predation rates; when combined, these conditions create a perfect season of plant destruction. Since they feed from a broad diet of plants, it is no surprise they are widely distributed throughout North America. Fortunately, in the Puget Sound region, our cool and wet climate often inhibits their voracious tendencies and forces them to mature faster and at a much smaller size than their lower latitude brethren.

A cool season of change is upon the region which is undoubtedly a sentimental time of year for many of us. We think back to those days of yore as youths looking forward to school, inhaling the crisp air, staring in awe at bountiful harvests, and admiring a changing display of woodsy groves. I would humbly submit that autumn simply would not be complete in bringing up those cherished feelings without the sounds of a grasshopper’s call carrying over the distance of a misty meadow. 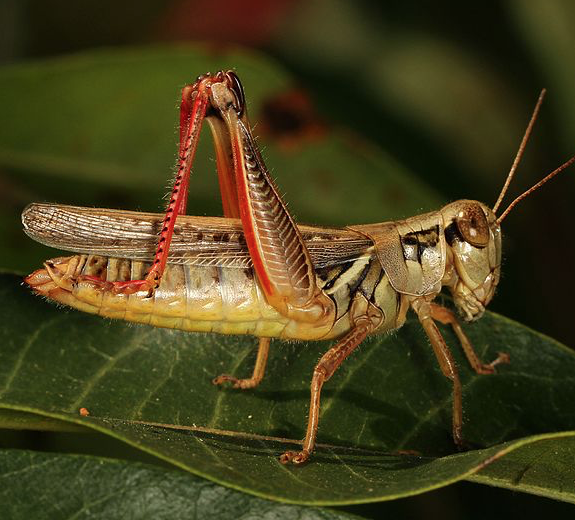 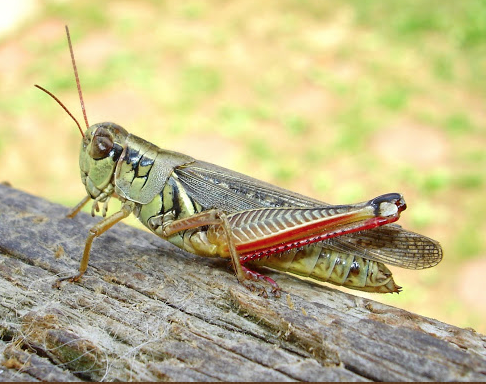