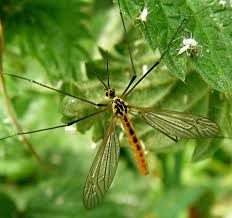 First impressions are undoubtedly difficult to dispel, especially at a young age when a child is trying to learn a bevy of subjects. The association of a mosquito to an annoying, high-pitched buzzing bug that causes itchy bites remains true into adulthood. Given the imagination a child possesses, and due to similarity of forms, it only takes a small leap to believe that upon seeing a crane fly for the first time, to a child this must be some sort of mutant mosquito that has come to terrorize the windows and lamps of a home. Dispelling the myth can be quite a challenge, but as with most things new or foreign, it merely takes patience and understanding. Let’s separate what is true of crane flies (Tipulidae) from what has been conjured up by our minds’ eyes.

Mosquitoes and crane flies are similar in that they are both from the order Diptera, the true flies. Unlike bees or butterflies that have two sets of wings, flies only have one pair of wings and a pair of flight-balancing organs called halteres. These wing-like structures are most easily identified in crane flies and resemble a club or bone located just behind the large transparent wings. Both mosquitoes and crane flies have a snout-shaped head topped by a pair of proportionally large eyes. There’s no need to worry about crane fly adults having any taste for blood, as they would much prefer nectar and some species may not feed at all. Another similarity between the two is they both prefer to lay eggs and feed as larvae in moist or wet environments. Crane fly larvae can sometimes be found as common pests of lawns in the Pacific northwest. Often called “leatherjackets” due to their appearance, two species of introduced European crane flies (Tipula paludosa and Tipula oleracea) typically feed in the thatch layer of lawns, at the crown, or on the roots and root hairs of plants. Large infestations can cause visible damage to lawns, but often with some general maintenance in allowing soil to dry out, cleaning out dead debris, or light fertilizing, plants can recover without any lasting damage. If there aren’t signs of spotty dieback in a grassy area, take note of increased activity from birds or surface digging from mammals; they may be feasting on crane fly larvae.

A few native species inhabit our area and are not cause for any alarm or require control. The giant western crane fly (Holorusia hespera) is quite large, and its total diameter of length spanning the legs on both sides could easily fill the palm of one’s hand. Two chalky white, parallel lines run along either side of its thorax, which helps to differentiate it from the two European species from earlier. The Tipula species are colored light gray or tan and have no patterns on their bodies. Several species of tiger crane flies (Nephrotoma ferruginea and Nephrotoma wulpiana) in the Puget Sound region identify themselves from the others mentioned here by darker patterns of orange or brown across their thorax. The native species function as detritivores while in their larval stage, and outside of needing to mate as adult crane flies, they serve as valuable food for a multitude of other organisms.

Classifying insects under the scope of human analysis has typically been broadened to two categories: pest or beneficial. Of the nearly one million species of insects, only one percent are detrimental to us or our agricultural methods. The remaining hundreds of thousands are either directly beneficial or indirectly, by way of their place in an ecosystem as part of a bigger food web. That first sight of a crane fly at childhood often metamorphoses from fright to “what is the point of this huge, ugly thing?” upon reaching adulthood. The insect’s presence may not be immediately understood, but it can be a reminder that it is one piece of a greater whole. 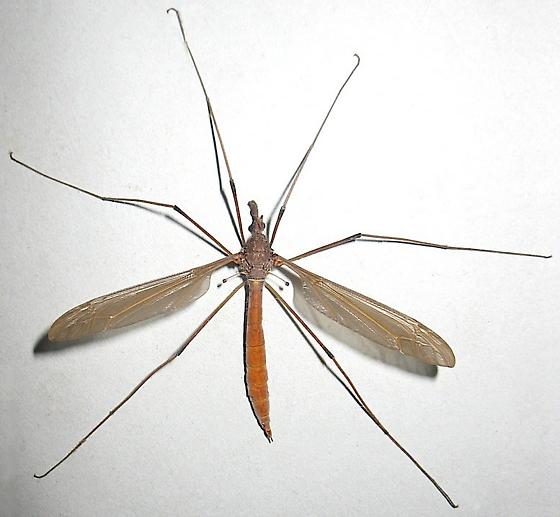 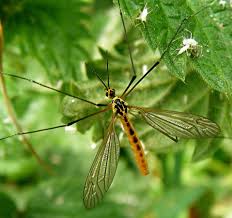