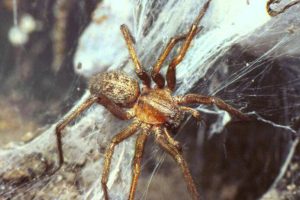 A GLOW UPON THE GROUND

As many variable forms that spiders possess, there exist several different strategies to employ when catching prey. The passive hunters who wait combine elements of webbing, tunnels, and camouflage. Those less anchored to silken strands stalk silently but are able to ambush when given the right opportunity. A broader category of hunting remains for spiders, and that is outright speed and brute force. The spiders that follow this method are not restricted to a web, nor do they rely on the safety of a guyline to prevent damage from a fall. In open areas among low vegetation one group of spiders is easiest to see, often moving quickly through the terrain in search of prey; these spiders are commonly known as the wolf spiders (Lycosidae family).

In the Pacific northwest there are a number of different genera from the wolf spider family, though the most often encountered among them near Puget Sound are those from the Alopecosa, Pardosa, and Schizocosa genera. The wolf spider family name is derived from lycosa which means wolf in Ancient Greek. Continuing the naming theme of using mammalian predators as part of wolf spider genera, alopex means fox and pardos means panther. The schizo from Schizocosa defines the “division” or “split” on the female reproductive organs of spiders from the genus. Due to the similarities these spiders share across genera, identifying spiders often relies on the details of the reproductive organs for females and the front sensory appendages, the pedipalps, in identifying males. Generally, the spiders from the above genera are shades of tan, brown, or black with many species having bold dark bands that run from their eyes to the point where the cephalothorax and abdomen meet or even across the length of the abdomen, too.

Wolf spider eyesight is near the top of the spider order, falling just behind jumping spiders and huntsman spiders in sensitivity. A row of four eyes above the mouth is enhanced by two large eyes above them, and at or near the top of the head is the remaining set of eyes. Combined, this allows them to easily detect any slight movement in front of them. On the occasion that you see one during dawn or dusk and the light rays catch their eyes at a proper angle, wolf spider eyes exhibit a similar reflective glow as what may be seen in higher order animals when light shines upon them at night.

Female Lycosidae are skilled at both hunting and nursing simultaneously. It is not uncommon to see a female spider moving across the ground with an egg sac attached to her abdomen. Her protection of the young does not end there either, for as soon as spiderlings hatch they are often clustered on top of her abdomen for a few days until eventually they scatter off to fend for themselves.

These spiders may look intimidating in photos, but their size rarely exceeds 1.5”. They may be confused with a similar looking spiders, the giant house spider (Eratigena duellica) and hobo spider (Eratigena agrestis), which are much larger, spin webs, and found in buildings in our area. Wolf spiders may find their way in homes in autumn, but are fairly harmless and only bite if truly threatened.

As gardeners often discuss the value of planting for wildlife, namely pollinators or other animals that may have use of the fruits and seeds, it is worth considering the natural balance spiders help maintain by being able to cull population explosions of some more harmful pests in our gardens. It’s a reassuring thought that their activity mostly happens at night and goes unseen, so we have one less thing to fuss over and can more readily appreciate a garden’s bounty. 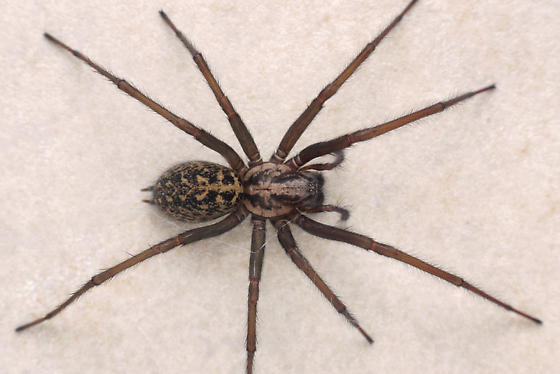 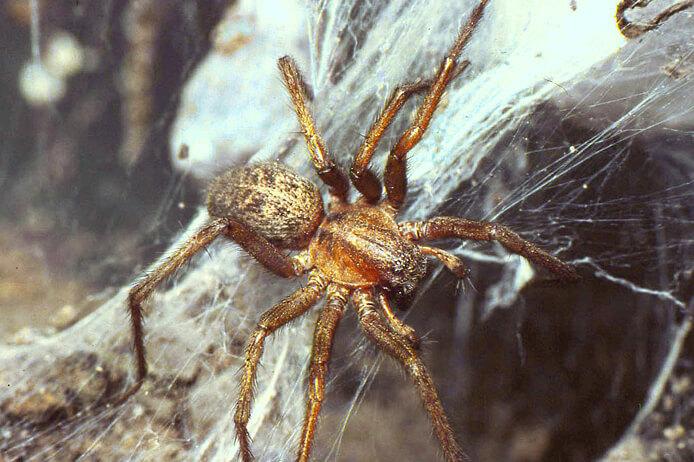