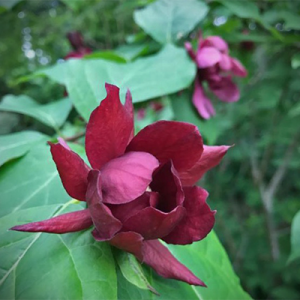 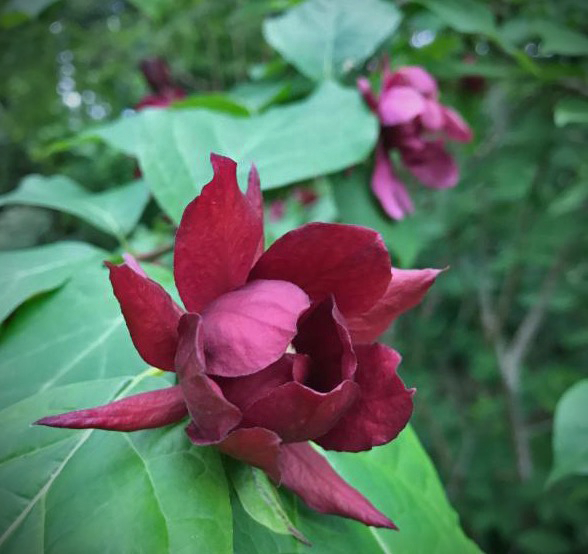 Until 1963, the genus Calycanthus was known by only two species. Calycanthus floridus, the Carolina Allspice, was exported to gardens in Europe in 1756 while Calycanthus occidentalis, the California Allspice, was not introduced into cultivation until the mid 19th century. Both species, however, were known by Native American cultures who used them for medicine, weaving and arrow shafts.

“Is that a Magnolia?”, I am frequently asked as people stop to admire them in flower in our woodland at Heronswood. “What a stupid question”, I reply. Actually I do not say that. My response is rather this: “Though it is not, that is actually a fairly astute observation. Though they are not related, both Magnolias and Calycanthus are extremely ancient genera. The Allspices, however, are in the Calycanthaceae”. The questioning individual now begins to slowly back away from me, taking ahold of their children’s hands. I continue much louder as they are disappearing into the distance: “They are known in fossil evidence from 144 million years ago. They have a whorled receptacle” The party has now turned their back to me and are running. “Their ovaries are superior”, I shout. The children are crying. I hear sirens in the distance.

In 1963, America momentarily, and then again permanently, lost its prideful monopoly on the genus Calycanthus. (See NYT Dec 7th, 1963, America’s Botanical Esteem Tarnished By Recent Discovery) In China’s southeastern Zhejiang Province, a newly discovered deciduous shrub was described as Calycanthus chinensis and given the common name of Chinese Wax Flower. 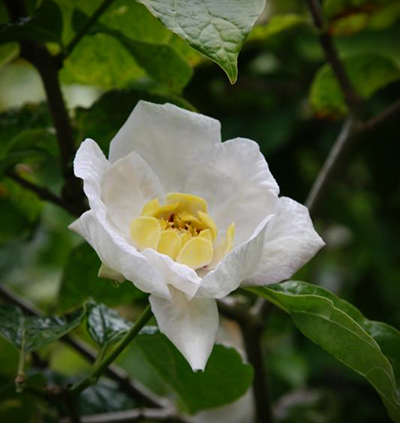 Yet that too proved to be a short-lived moniker. DNA analysis once and for all proved this newly discovered Chinese shrub to be indeed exceedingly close to its American cousins and its identity was permanently cemented in the genus Calycanthus. (See USA Today, July 4th, 1993, Op-Ed, Plant Exploration and the Erosion of Botanical Dignity)

By the early 90’s, a rarified handful of specimens of Calycanthus chinensis had made their way into American collections. The specimen at Heronswood, currently in full blossom, is among the first to have flowered in N. America, in 1992. 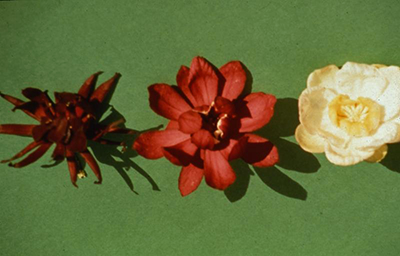 In 1991, the inaugural flowering of another specimen of Calycanthus chinensis occured at North Carolina State University in Raleigh. Dr. J.C. Raulston, director of the Arboretum on campus, wasted no time in proposing matrimony between the native Carolina Allspice and its newly discovered Chinese counterpart. He guided one of his students, Richard Hartlege, in making the cross. Four years later, horticultural communities across the globe were titilated by the results.

Of course, there were numerous propositions as to what this new hybrid would be called; one must consider the fact that the genus name of the Chinese parent had not even yet been agreed upon! Sadly the name ultimately given, in 1997, was a memorial for a personal friend, a supporter of Heronswood, a mentor to hundreds and North America’s foremost proponent of widening the palette of plants in our gardens; J.C. Raulston. He had been tragically killed in an automobile accident in December of 1996, so was never aware of the legacy he left behind. 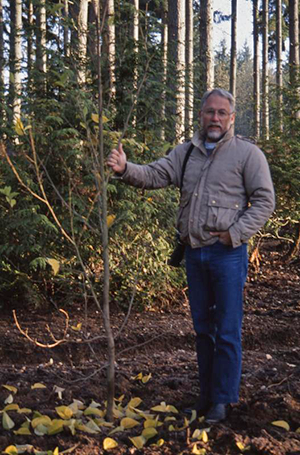 Dr J.C. Raulston, at Heronswood, in 1993. The number of plants currently growing at Heronswood that were provided by Raulston is staggering.