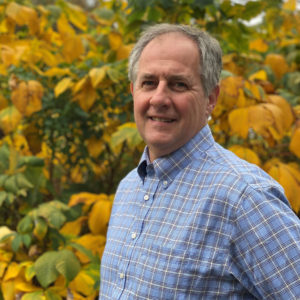 Gardening in Coastal Maine has more than its share of challenges and opportunities, and it is at once an improbable and ideal place to start one of America’s newest and most innovative public gardens, the Coastal Maine Botanical Gardens. In this engaging talk, Bill Cullina will share the remarkable story of this grassroots garden and how it has grown from an idea to one of the largest botanical gardens in Eastern North America in just a few short years. Bill will also share some of the Gardens’ triumphs, failures, and too soon to tells as they explore uncharted territory gardening on their edge of the Continent.

1:00pm Light refreshments, rare plants sale and raffles
2:00pm “Gardening on the Edge of the Continent” – a lecture by William (Bill) G. Cullina

Heronswood Garden Director Dan Hinkley will introduce Mr. Cullina and also be on hand to moderate the lively plant sales and raffle activities.

Please note this event is not at Heronswood Garden. Direction information below.

William (Bill) G. Cullina became the the F. Otto Haas Executive Director of the Morris Arboretum in July 2019, and served as the President and CEO of the Coastal Maine Botanical Gardens from 2011. During his tenure at Coastal Maine Botanical Gardens, Bill led the development of a comprehensive 20-year master plan and launched a $50 million capital campaign to develop the first phase of the Master Plan. He completed a new $4.2 million net-zero energy LEED platinum Education Center and grew annual attendance by 250% (206,000 visitors in 2018) and membership by 50% (6,300 member households). Prior to that, Bill Cullina was the Director of Plant Research and Development at the New England Wildflower Society in Massachusetts.

Cullina is a recognized authority on North American native plants, lectures on a variety of subjects to garden and professional groups, and writes for popular and technical journals. His books include Wildflowers, Native Trees, Shrubs, Vines, Understanding Orchids, Native Ferns, Mosses, and Grasses, Understanding Perennials: A New Look at an Old Favorite, and he co-authored Coastal Maine Botanical Garden’s: A People’s Garden in 2011.

In recognition of Cullina’s leadership and accomplishments, he is the recipient of numerous awards. Recent awards include a Honorary Membership in the Garden Clubs of America and the American Horticultural Society’s Professional Award (for outstanding public garden leadership) in 2018. He received the Distinguished Alumni Award from the University of Connecticut’s College of Agriculture and Natural Resources in 2017 and the Medal of Excellence from Hobart College in 2016. In 2013, Bill was the recipient of the National Garden Clubs’ Award of Excellence, and the Massachusetts Horticultural Society’s George Robert White Medal of Honor (for outstanding achievement in the field of horticulture. He was honored with the Perennial Plant Association’s Award of Merit (lifetime achievement, horticulture) and the Scott Arboretum’s Arthur Hoyt Scott Medal (lifetime achievement, horticulture) in 2012.