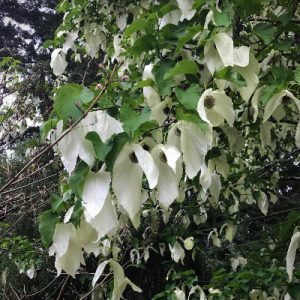 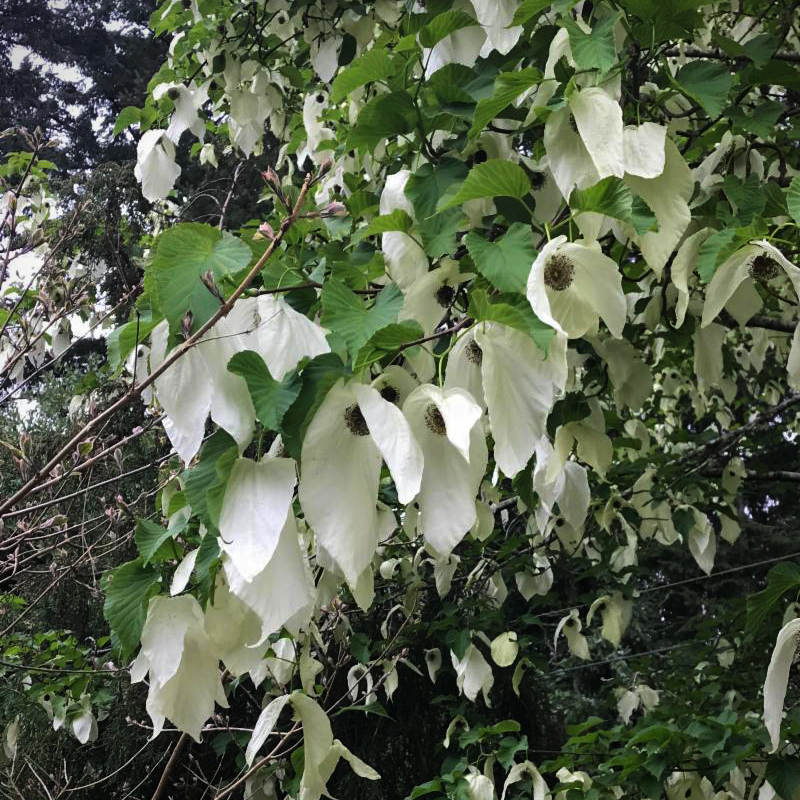 The near mythical Davidia is in full splendor this weekend at Heronswood. Its unique and fanciful floral display always draws commentary by those who see it for the first time. Hailing from the mountains of Western China, where it is considered rare in its natural haunts. It was first noted by Father Armand David, a French missionary and astute naturalist who lived in China during the middle part of the 19th century. It was later introduced to cultivation 35 years later after a remarkable chain of events.

The celebrated Vietch Nursery of England commissioned a 22 year old, Kew-trained botanist by the name of Ernest Wilson to seek out seed of this tree known outside of its nativity only by dried herbarium pressings. Wandering throughout the rugged mountains of Yunnan Province, and following crude, hand drawn maps, Wilson was shot at by bandits, nearly drowned in an overturned boat and suffered untold miseries to at last find his treasure—which had just been cut down to build a house. Fortuitously, later during the same trip, he discovered another grove of this rarity and collected seed which successfully germinated after arriving in England.

The two large white “wings” that are part of each flower are not petals, but leaf-like bracts. If you observe carefully, you will see some leaf-like bracts as well as some bract-like leaves scattered amongst the canopy. To see the tree in movement in a light breeze while in full flower is truly a sight to behold. We hope you will visit us this weekend to experience it in its full glory.