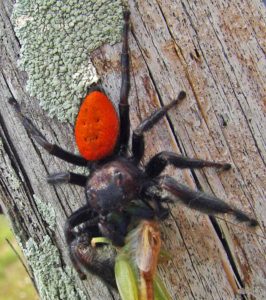 THE EYES HAVE IT

I’ve been reflecting on the ways humans anthropomorphize non-human organisms and it seems that there could be a correlation between leg count and the perceived threat of a life form to us. For example: our feathered neighbors of the sky, barring raptors of course, are at the low end of the scale. It is easy to oversimplify birds as just seed eaters that sing, hang out in trees, and do… bird things.
Now, the four-legged furries may be the one outlying group whose leg count makes them seem less intimidating than the birds due to our success at domesticating myriad farm and companion animals. This group clearly isn’t without its threats, like the big cats or bears of some truly wild places left untouched by humanity. There may be instances of chance encounters where humans and large mammals intersect and end unfavorably for either organism, but on average these encounters could be considered rare. The pendulum of fear and revulsion then swings rapidly to the extreme as we approach six, eight, and several dozen pairs of legs in the remaining animal kingdom, though in a merciful twist these creatures are diminutive in size and can therefore be overcome with a well-placed boot or rolled newspaper. The way these animals move, their ability to bite or sting, and the way some species occur in overwhelming numbers are usually the top reasons people fear the many-footed. These traits certainly haven’t stopped a few people to see the marvels of some greatness from this group, like the late artists Stan Lee and Steve Ditko did for spiders. There are innumerable spider species to highlight for the ways they catch prey in their respective environments, but I think out of all of them the easiest to observe and relate to would be the jumping spiders (Salticidae).

I’ll confess that jumping spiders have often been an entertaining encounter while hiking out on trails or having a day in the garden. Those two big, shiny eyes flanked by two slightly smaller ones facing forward on their flat faces do lend them to have a somewhat human quality. On many occasions I have spent crouching and observing the frenetic, jerky movements they are known to exhibit as they either stalk prey or try to avoid a twig tip moved constantly to face them. Astute observers who share my interest in these creatures may note that jumping spiders are adept at facing the object of their interest. In addition to the four eyes set forward, there are two remaining pairs that face out from the spiders’ flanks at wide angles, which when all inputs are tallied achieves nearly 360° of vision. Eventually these spiders will jump when the opportunity to attack is right or they have assessed a new surface as safe to escape. Prior to making a jump, a spider will set a silk tether or “dragline” as added assistance for capturing larger prey that may fall after a bite, or to prevent damage from a fall. Jumping spiders use their hind legs to jump, yet they are typically smaller than those at the front. To compensate for this ability without increasing size or muscle mass, jumping spiders can control their internal fluid, the hemolymph, by altering the pressure in the back legs to create the jump.

Like the insects I’ve discussed in prior articles, the warm and sunny conditions of summer are ideal for these spiders to be seen, either among foliage or easily spotted on vertical surfaces. Among the various garden beds at Heronswood, our staff have identified these jumping spiders: Johnson’s (Phidippus johnsoni), Zebra (Salticus scenicus), California flattened (Platycryptus californicus), and bold (Phidippus audax). Keep your eyes on the lookout for these small but mighty marvels navigating the garden, and you may just happen to see a few pairs looking back at you! 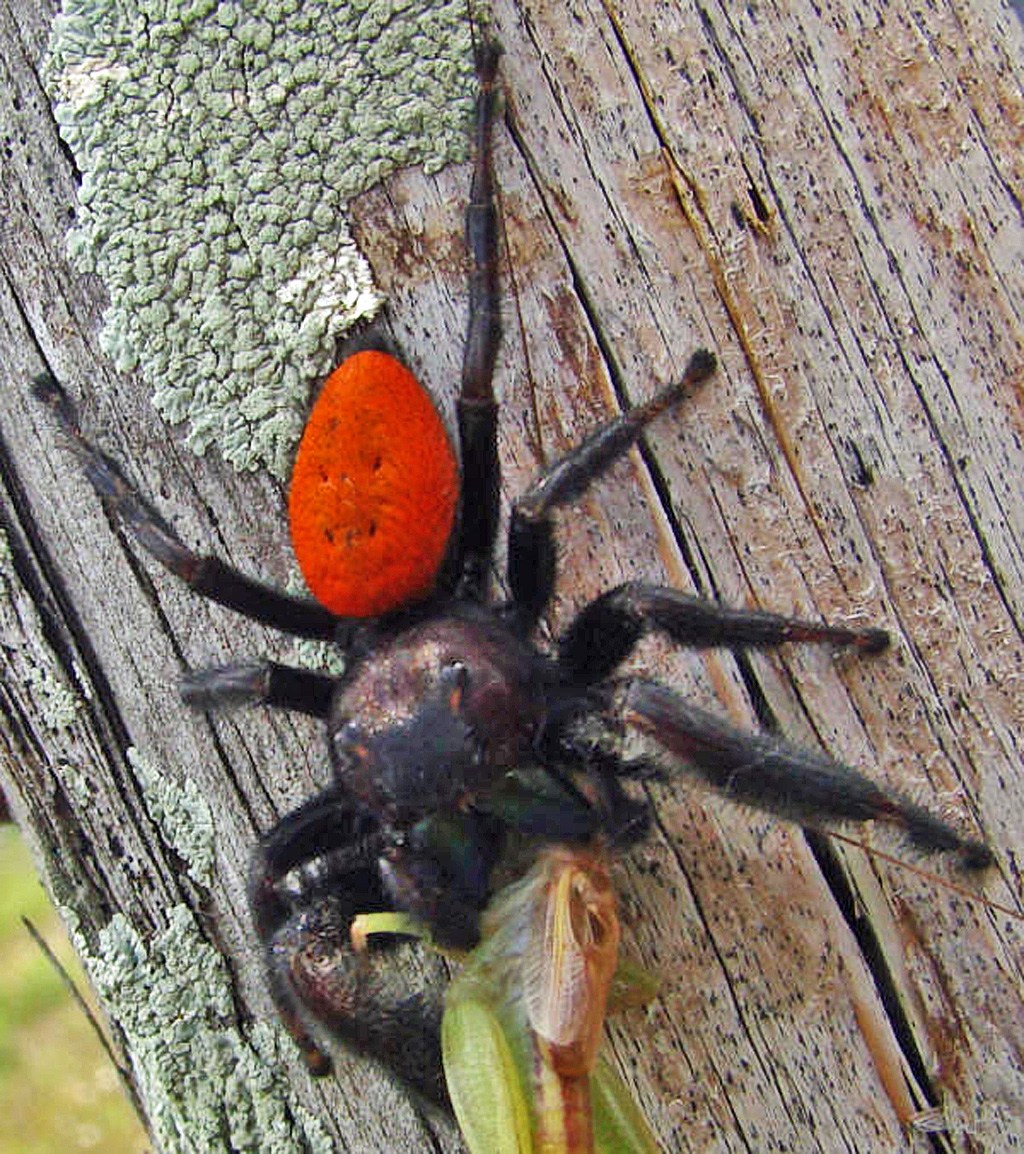 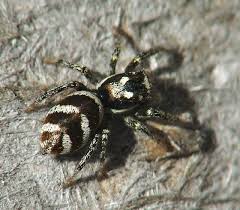 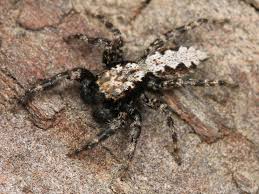 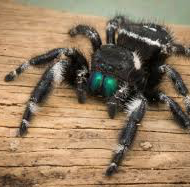